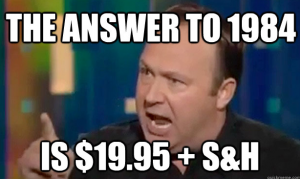 Update: TheQuartering YouTube Channel has been shutdown. Hambly is still uploading to his Unsleeved Media Channel, though there is no telling if that will be next.

At the beginning of December 2017, Jeremy Hambly received a lifetime DCI ban from Wizards of the Coast for alleged harassment according to Kotaku’s Adam Wells.  The DCI is a sanctioning body for Magic: The Gathering and other collectible trading card games.

Things took an interesting turn however when a guest post on Niche Gamer revealed that the situation wasn’t so cut and dry.

Lou Colagiovanni brings to light possible double standards on the part of those who were irritated by Hambly’s words in the past. Examples include mentioning Lucas Florent’s lifetime ban over threatening a WoTC employee only to have it lifted months later as well as Twitter user The Mana Leek calling for the removal of toxicity in the MTG community while utilizing harsh and negative commentary in other venues.

Though considered controversial, Hambly does have his supporters.

There is a Change.org petition asking Wizards of the Coast and Hasbro to reinstate both him and Travis Woo, another controversial figure. The petition is currently shy of 17,000.

As a result of the ban, an interesting development has taken place as well.

A proverbial Pandora’s box may have been inadvertently opened with accusations of misconduct on the part of WoTC and Hasbro staff. Included among those allegations are claims of game judges being convicted of possession of child pornography and in some cases, sexual misconduct against minors.

Wells’s Kotaku piece mentions none of this.

This wouldn’t be the first time that such accusations have been levied against those participating in particular niches. Ed Kramer, co-founder of DragonCon, is another prominent example. Finding such things in popular culture isn’t new, and only time will tell if anything results from the videos published on Hambly’s TheQuartering YouTube Channel.

Hambly has also claimed that both he and his wife were harassed.

Things are still on hiatus, but behind the scenes things are slowly rolling along. You see, it was time to change the site theme.

Life has just happened, so we’ll be adjusting some things. There isn’t a current time table at the moment. Rest assured we shall return after having a more thorough  plan in place.

For now, refocusing on what the mission of this site is supposed to be about will be paramount. In the meantime, we shall see you later.

Versailles, Missouri based radio talk show host Joyce Riley will no longer be able to host The Power Hour radio broadcast. According to their official Facebook Fan Page:

It is with the greatest of sadness that we deliver to you today the heartbreaking news of the death of our friend and fellow patriot Joyce Riley. Joyce died peacefully on June 25, 2017.
Sent with love and remembrance,
The Power Hour

She was the narrator behind the film Beyond Treason and hosted The Power Hour, often with former co-host Dave vonKleist, the narrator of 911 In Plane Sight. Riley was battling cancer and that fight ended today.

There was even a meme arguing that James Ellsworth should have been the winner of that match.

Of course Naomi retained her Smackdown Women’s Championship. The Uso’s retained their tag titles by intentionally getting themselves counted out. Jinder Mahal also retained his title due to outside intereference.

However, the most interesting ending was when AJ Styles and Shinske Nakamura had one final confrontation at the end of the Money in the Bank Ladder Match. Barron Corbin shook the two off the ladder before climbing up and unhooking the briefcase.

The interesting part is the fact that Corbin is a character that is allergic to nonsense.

He is no Hulk Hogan or other wholesome hero. He’s a midwestern, heavy metal, heavy hitter who never apologizes for it. It’s hard to argue with somebody who claims that abs don’t help when you get punched in the face.

A potential match between him and Jinder Mahal could prove to be interesting.

In the meantime, he is being built slowly. As a winner of the Andre the Giant Memorial Battle Royal, he came out of obscurity and into the limelight. He could very well be the next star to silence entire audiences as he nonchalantly wins the championship when everyone least expects it.

Generic Pay Per View Event. Injuries and being concerned about the well being of WWE wrestlers is understandable, but the event didn’t live it up to the name.

Nevertheless, the ending was an appropriate swerve that will hopefully set up a dream match for the ages.

Samoa Joe will be facing Brock Lesnar for the Universal Title, and it should prove to be interesting. Though Joe’s moveset is reminiscent of an MMA/brawling style, Lesnar has actually competed in the UFC and won the heavyweight championship. Though he hasn’t competed in UFC or any other MMA promotion, Joe has trained with MMA fighters and is familiar with multiple forms of martial arts.

Having a dark horse face Lesnar may be a smart business decision.

The contrast in body types and styles could draw a lot of money, and hopefully the match ends in a draw or “unsatisfactory manner” in order for it to be an instant Summer Slam Classic. The match prospect is exciting, but Great Balls of Fire is just another generic sounding Pay Per View.

A bigger stage would be more suitable for these two opponents.

Either way, one can only imagine how Joe’s Muscle Buster and Coquina Clutch can hold up to Lesnar’s Kumara Lock and F-5. Though Lesnar may be the current mayor of Suplex City, the Samoan Submission Machine has been able to pull off some wicked suplexes of his own.

The match is a dream come true, and hopefully magic can happen twice.

Once at Great Balls of Fire and possibly again at Summer Slam!

This week has been interesting, but due to time conatraints, this week’s roundup will be short.

I want to wish everyone in the U.S. a safe and enjoyable Memorial Day weekend.

There are times when one possibly sees it coming, but it still comes off as a surprise. After years of seeing the usual suspects hold the WWE Championship, Jinder Mahal now holds the prestigious title.

This proves more than anything that the time has come for new champions to step up to the plate.

It also proves that international business is picking up since WWE has expanded its business reach to India. Kenny Herzog argues in a piece for Rolling Stone that Mahal having the opportunity was good for business. Now he is the champion.

WWE Stock is still holding steady at just under $20 USD per share.

Will this attempt of international expansion increase shareholder value for the company? Only time will tell.

In the meantime, international business has picked up!

As this is being written, the rain has been pounding the pavement in spurts. One moment, it’s a calm flow of droplets. Then comes the rapid torrent.

This week’s roundup has been like that with its various ups and downs.

With Canonical’s announcement of switching back to GNOME for Ubuntu’s default desktop, the question of how they would go about it remains. OMG Ubuntu sheds some light on this and even links to a survey asking for input.

Developers are considering some tweaks to ease the transition.

The case revolved around Hancom and its use of Ghostscript without adhering to the GNU Affero General Public License.

To end this portion of our weekly roundup, here’s an interesting story about immigration policies possibly impacting free and open source software development. On the one hand, recent policies could impact the ability of the U.S. to bring in intelligent individuals who can lead the way in innovation.

On the other hand, the idea of promoting from within has been brought up assuming interest in the field of software development exists.

Time will tell the tale on that one.

There’s a reason many are either captivated and/or aggravated by politics. Though campaigns may portray otherwise, things are rarely black and white. Nothing demonstrates this more than with the firing of James Comey by President Trump.

Though there has been suspicion as to the President’s actual motivations, Trevor Aaronson of The intercept reminds readers that Comey himself did some things during his tenure as the head of the FBI that were questionable at best.

The aggravating portion of the political arena is why people seek an escape, even if it’s a virtual arena. An old escape may have a chance at a revival if Billy Corgan has his way after buying the rights to the National Wrestling Alliance.

He will own the rights to the trademarks as well as the NWA Championship belt.

Though the classic name in professional wrestling has waned over the years, the plan is a long term move, so nothing will change right away. Could this WCW 3.0?

Speaking of retro, 8-big video game music has been making a comeback… on vinyl that is! The LA Times has a fascinating piece on how boutique record labels have been combining the two niches together.

That’s all for this week. See you next time.